4 Things I Wish I Knew as a Supervisor

When I was first invited to apply for the manager position of the drop-in center where I worked as a case manager, I turned it down. I enjoyed being a case manager and working directly with clients, and I didn’t want the responsibility of running a program, writing reports, and going to meetings.

Instead, I participated in the search for a new Program Manager. Most of the candidates were not well qualified for this position, but we eventually found someone who seemed good and made him an offer. He accepted. And then he didn’t show up for his first day of work.

Then, the Division Manager pulled me aside. “This is a very clear sign from the Universe that you should take this position,” she said. “It’s what I have been telling you all along,” she smiled. “You’re a great case manager – you’ll make a great program manager too.” I thought about it for a few days, and accepted the offer and the challenge.

I quickly realized that being a good case manager and a good supervisor require very different skills. While they both require patience, insight, and empathy, the implementation of these skills as a supervisor was fundamentally different than the implementation as an advocate. When my clients talked about behaviors they wanted to change, my role was to support them to make those changes at their own pace and on their own timeline. As a supervisor, however, when there was behavior that needed to change, usually its identification and timeline originated with me. Ideally, the staff and I could approach things collaboratively, agreeing on the issue, its impact, and the need for change. But, unlike with client behavior change, if staff behavior didn’t change, I had to deliver a consequence.

Here are a few things I wish I had known earlier in my supervisory career:

For my first few years as a supervisor, I didn’t have regularly scheduled supervision with my staff. I saw them and talked to them all the time. I had an open-door policy that was frequently used; it felt like carving out a standing meeting was “corporate” and unnecessary. I was actually incorrect, and when I started having regularly scheduled supervision with a standard agenda, I saw the difference. I found that staff interrupted me less for small things when they knew they had a dedicated time to address issues. With regular and ongoing supervision, they were better able to manage their projects, and our meetings actually took less time than they did when they happened randomly and infrequently.

Because of my background as a case manager, I believe I was often too patient with my staff – unfortunately often at the expense of client care. For example, the drop-in center once had a cook who was terrible. The food she made was often inedible, clients complained, and we wasted a lot of it. But, she wanted to improve. She enrolled in cooking classes and got new cookbooks. I continued to invest time and resources in her growth and development, prioritizing her growth over the clients’ rights to good food. After eight months of supporting, agonizing, and planning, I finally let her go and hired someone who was a natural and excellent cook. The entire atmosphere of the drop-in center changed once I hired someone with skills rather than intentions. Unfortunately, I will never get back the days that my clients didn’t eat because I was too patient with my staff. The weight of that knowledge has reminded me how significantly supervisory decisions, both good and bad, affect the ability of an organization to meet client needs.

Similar to the principles of strengths-based case management, strengths-based supervision begins by understanding who your staff is – what part of their “work” doesn’t feel like “work” and what part feels like drudgery. Unfortunately, most supervisors spend 80 percent of their time talking with their staff about the 10 percent of things that aren’t working, instead of helping the staff maximize the areas in which they excel. I supervised a staff member who was an excellent case manager and clinician, but terrible at data entry. I had another staff member who really enjoyed data entry and hated doing intakes. By shifting their responsibilities to reflect their respective strengths, we were able to dramatically improve outcomes on intakes and data entry. Additionally, I was able to help them do what they did well even better – instead of spending so much time and energy trying to bring their weakest areas up to par. Of course, if a staff member’s weaknesses are essential components of the position (like the cook story above), one may have to forge another path.

Often, my struggle as a supervisor was that I wanted to be “nice” and that confronting a staff member about a difficult issue made me anxious. What if they cried? What if they got mad? What if they quit? What if they thought I was a terrible boss? Unfortunately, trying to protect people from their own feelings was not helpful to either my staff or my clients.

There was a time when one person I supervised was not putting much effort into the position. J was on Facebook during drop-in hours and spent more time in his cubicle than interacting with clients. I knew that he was struggling with depression and truly valued the program and its mission. I also knew J would cry if I gave him this critical feedback. I am embarrassed to say that I avoided confronting J for months, figuring it was a phase that would “just work itself out.” It didn’t, and eventually I couldn’t ignore it any longer. When I finally confronted J about the unsatisfactory level of his work, he cried, but also acknowledged there was indeed an issue. At the end of the conversation, when I asked J how he was feeling, he said, “It feels good to be held accountable.”

In that moment, I understood my role as a supervisor in a very different light. Not only was it not helpful to let J continue to not do his job well, it was actively uncaring of me to allow him to think I wasn’t paying attention or noticing what he was doing. My attempt to be “nice” by ignoring the issue was detrimental to J’s personal and professional development and to client care.

The role of a supervisor is one that carries great responsibility and requires specific skills and perspectives. However, most people in supervisory roles are given little or no training and left to develop these skills on their own. Some are unable to do so. Those that are often make many mistakes, such as the ones I made, that significantly undermine staff development and client services.

Supervision is often seen and treated as an innate ability that will eventually manifest itself when someone is put in the role. In fact, it is a complex discipline that can be effectively taught and reinforced through education and training. I think I have developed into a good supervisor through my experiences. But, I am certain that I could have become a better supervisor faster had I received higher quality training and support as I grew into this challenging and important role.

Join Ayala and Ken Kraybill for t3's upcoming course on "Developing your Identity, Skills, and Confidence as a Supervisor" starting Tuesday, March 15: 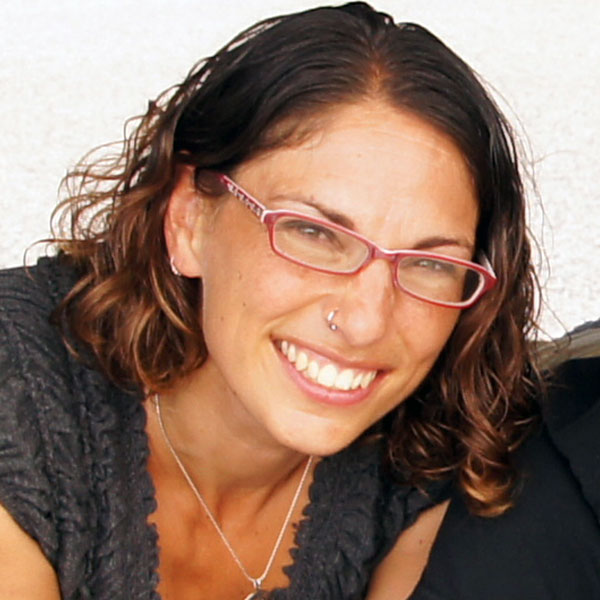 Ayala Livny has worked in homeless services with men, families, children, and young adults to improve health outcomes and navigate systems since 1995. She spent eleven years as the Program Manager at Youth on Fire, a drop-in center for homeless youth and young adults ages 14-24 in Cambridge, MA and now trains for the Center for Social Innovation. Her focus has been on creating safe and welcoming spaces that incorporate Harm Reduction, HIV prevention, trauma-informed care, and positive youth development practices.