More Room for Debate: Homes for the Homeless

On Thursday of last week, the New York Times printed the following statement on their opinion page, Room for Debate, entitled Homes for the Homeless:

“More cities have adopted a homeless policy which might seem like common sense — give homeless people housing. Proponents say it saves money over time and is more humane. Opponents call it a naive approach to a complicated problem, which also costs too much.

Is giving homeless people homes more effective and sensible than making them stay in shelters or on the street?”

Then “debaters” offered their response. So far, six responses have been posted. Responses ranged from a firmly pro-Housing First stance led by Sam Tsemberis, CEO of Pathways to Housing, to a shocking dissent by Howard Husock of the Manhattan Institute. Tsemberis, a stalwart advocate and early adopter of Housing First, draws upon the solid evidence and human appeal of Housing First. Husock, on the other hand, blindly categorizes people without homes as either addicts and mentally unstable individuals in need of treatment, or welfare moms taking advantage of the system – neither of whom, in his opinion, deserve housing. He backs this argument up with congressional testimony, not research-based evidence.

I’m a proponent of Housing First. I recognize that for many people experiencing homelessness, access to low-demand housing (i.e., not contingent upon a behavior change, such as abstinence) is a critical support upon which to build stability. I am aware of the evidence, and as a person who believes that data can cut through the murky lens of stigma and personal opinions, I support a Housing First approach. I also believe that providing a person with a home who doesn’t have one is a responsibility we all have as humans in this world.

However, Housing First is not the only step to solving homelessness. I was pleasantly refreshed by the response of Kevin Corinth of the American Enterprise Institute. His argument boils down to this: Homelessness is more complicated than housing, and the debate around Housing First can distract from the other complex issues that surround homelessness. Service-intensive housing is essential, but there is no one size fits all solution.

“If we house every chronically homeless person but don’t address their other needs, then we have failed them… No-strings-attached, permanent housing may be best for some of the most vulnerable people on the streets. For other people, intensive transitional housing programs that help them work toward self-sufficiency will be better. But regardless of what kind of housing is provided, we must judge the success of every program based on how well it helps people reconnect into society.”

I’ve been spending a lot of time these days working to better understand the role of recovery housing, or abstinence-based housing, in the housing and treatment continuums. This included numerous interviews at recovery homes in Ohio, speaking with residents, program administrators, and community members. It was clear that high-demand, abstinence-based, transitional housing was working for some people; it was the only place where they could achieve their recovery goals.

We know Housing First works. But it’s time to move away from an either/or framework. Every family, every recovery story, and every person is different. Choice not only empowers the people who find themselves in these tragic situations, it increases their chance of success. Individualized responses that consider the unique needs and circumstances of every individual and family should be the goal of everyone working in (and outside) this field. Let’s leave the debate behind and work toward real solutions. 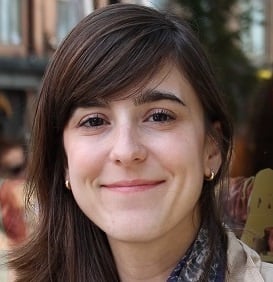 Laura Pannella Winn is an applied social scientist interested in health care policy and its intersection with substance use, mental health, and homeless services. As an Associate at the Center for Social Innovation, she has led the implementation of many related federally funded research and training grants. She currently serves as the Deputy Project Director of Project Amp, an intervention research project aimed at preventing substance use disorders in adolescents though a brief mentorship with young adults in recovery. Laura received her master’s in social sciences from the University of Chicago. She lives in Chapel Hill, NC with her husband and two children. Her work is informed by a family history of addiction.