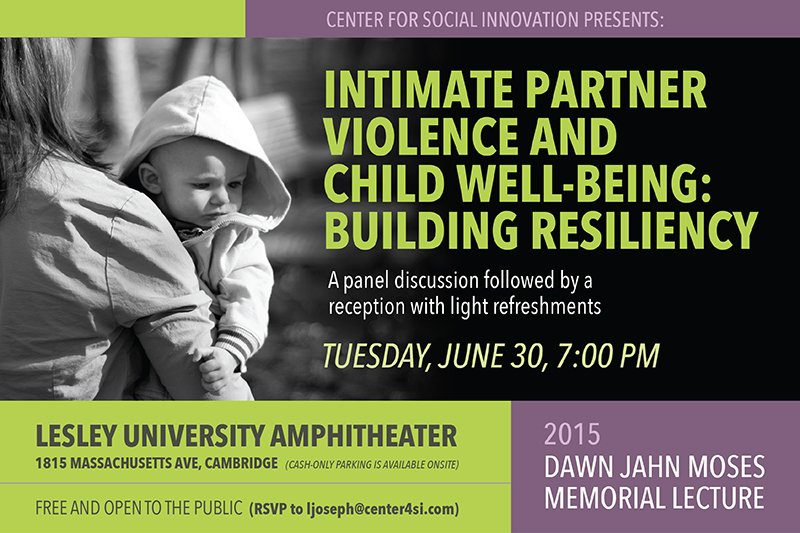 The Center for Social Innovation will host the Dawn Jahn Moses memorial lecture on June 30th about the intersection of intimate partner violence, child well-being, and resilience with human rights activist, William Kellibrew, Commissioner of the Massachusetts Department Children and Families, Linda Spears, Carmela DeCandia, Psy.D., faculty at the Massachusetts General Hospital’s Institute of Health Professions, and Rachel Latta, Ph.D., Director of Trauma and Violence Prevention at the Center for Social Innovation.

The Center for Disease Control’s (CDC) National Intimate Partner and Sexual Violence Survey reported in 2010 that 1 in 4 women and nearly 1 in 7 men in the U.S. have experienced severe physical violence by an intimate partner (IPV) at some point in their lifetime. IPV includes rape, physical and psychological violence, and stalking. This is a serious, preventable problem affecting millions of people in the United States every day.

It has gone on too long.

For 35 years, I have had the privilege of working in the field of domestic and sexual violence. I’ve advocated for survivors, managed volunteers, and held babies. I’ve planned programs, raised money, and even climbed a few mountains for the cause. I’ve worked with coalitions to advocate for funding for services and community-based programs and state agencies to help ensure those services were addressing the needs of all survivors. Over the past eight years I’ve had the honor to lead Governor Patrick’s policy efforts as director of the domestic and sexual violence council.

One of the primary gifts of this long road has been the privilege of listening to many survivor’s stories and bearing witness to their struggle to keep their kids safe, break free from the abuse, and heal from what inevitably turned out to be a history of victimization.

The abuse that brought a woman to services was rarely the first violence she had experienced. In fact, almost no one sought services because they had experienced a single act of violence. For most, violence began early in their lives and happened often. The violence seemed to be at the epicenter of their mental illness and/or addiction. The early violence was the experience upon which the “symptoms” fed and grew.

Most of the survivors were mothers, and many reported that the tipping point was the moment they realized the abuse was affecting their kids. That was the moment they took action. Some mothers were so deeply traumatized they could barely acknowledge that their children had witnessed the violence. Others were sure that their children were not affected, because they had not “seen” any of the violence.

Throughout there were the children – happy, sad, scared, fearless, active, lethargic, empathic, checked out, hyper-vigilant, responsible, wise beyond their years, bullies, and bullied. They came in every form. Many seemed to be weathering the storm, others seemed beaten down by it, and still others were fighting the storm and everything else.

Programs often could only deal with the immediate effects of the most recent violent event—the incident that lead her to services. The effects of a mother’s trauma history on her own life and her children’s were often palpable, but what to do about it was not so clear. Finding appropriate services was next to impossible. In the absence of a clear response, women were blamed for their history, questioned about their parenting, labeled unfit mothers, threatened with removal of the kids, chastised by courts and state agencies, and judged by medical and mental health providers.

I saw connections and themes in the stories across women, families, years, and decades. The cycles of violence devastated individuals, families, and communities. The devastation was amplified by the daily injustices of poverty, racism, sexism, classism, and heterosexism that so many survivors experienced.

People ask me, “You’ve been at it a long time, what has changed?” Honestly, I’ve often myself the same. After all of these years, all of this struggle, has anything changed for the better?

Here is what has changed. It is not just anecdotal any more. Violence is a public health issue and is now rightfully recognized as one. Research is demonstrating what sexual and domestic violence direct service advocates have known in their gut for as long as I’ve been doing the work…and before, I am sure.

We know that childhood trauma is pervasive and that when unaddressed, creates observable changes in the developing brain. When children experience an interpersonal trauma or witness IPV and no caring adult buffers or helps them cope with their experience of this traumatic stress, they develop “toxic stress.” This can “weaken the architecture of the developing brain with long-term consequences for learning, behavior, and both physical and mental health,” according to Jack Shonkoff at the Center on the Developing Child at Harvard University.

Through the Adverse Childhood Experiences (ACE) Study, we have learned that traumatic events in childhood are common and have a long-lasting effect. As the number of ACEs for a child increases, so to does the chance of severity and number of behavioral and physical health issues later in his or her life.

What this knowledge means is that we can do better. We know what kids need to be resilient. We can educate parents and communities on how to keep kids strong. We can inform policymakers and lawmakers about the lasting and costly effects of trauma, not from the anecdotal experience and gut instinct, but with the data we now have to support what we’ve known all along. We can build upon effective, trauma-informed service models. And we can invest in primary prevention.

On June 30, the Center for Social Innovation will host an event about the intersection of IPV, child well-being, and resilience. We will hear from human rights activist, William Kellibrew, who at age 10, witnessed the murders of his mother, Jacqueline, and 12-year-old-brother, Anthony, by his mom’s ex-boyfriend. Commissioner of the Massachusetts Department Children and Families, Linda Spears, will speak and moderate a panel of experts including William, Carmela DeCandia, Psy.D., faculty at the Massachusetts General Hospital’s Institute of Health Professions, and Rachel Latta, Ph.D., Director of Trauma and Violence Prevention at the Center for Social Innovation. The event pays tribute to a beloved colleague of many at the Center for Social Innovation, Dawn Jahn Moses.

The Center for Social Innovation is dedicated to bringing research to the people working directly with survivors and bringing person-centered, recovery-oriented, trauma-informed skills to the front lines of service provision. The Dawn Jahn Moses lecture is another avenue to achieve this goal. We hope that you will join us for this important discussion. 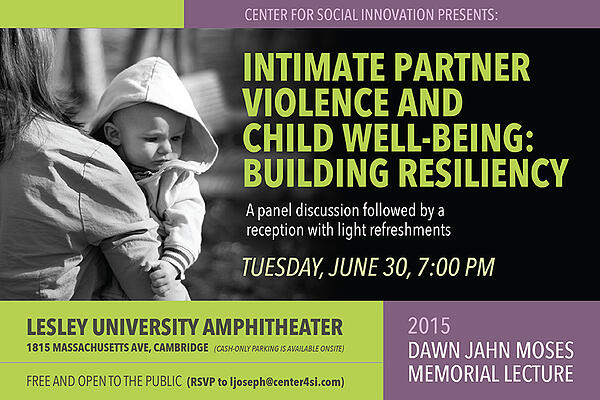 For more information on this event, please visit the C4 newsroom. 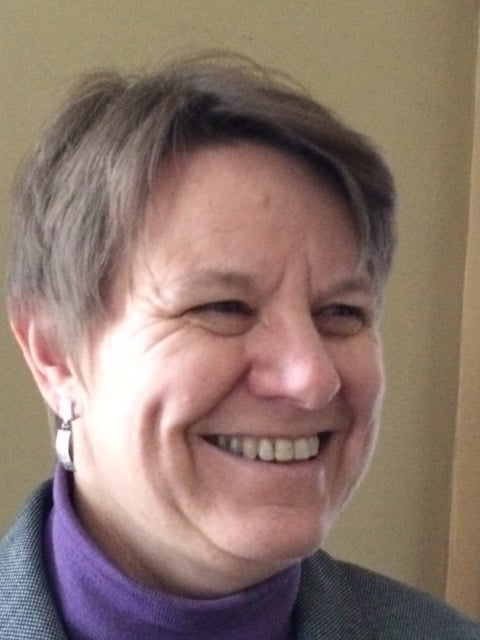