Questions Before Breakfast: Explaining Racial Injustice to My White Son

It’s a snow day in Boston. As I write this, the wind is swirling and there is already a foot of new snow on the ground. Our radiators are hissing. Downstairs, my husband is making the kids their breakfast. I can hear the clinking of bowls, the baby babbling, and our seven-year old bopping around the living room, likely looking for a ball to bounce.

Timmy, age seven and a half, has a few projects to tackle today. He’s trying to earn money to buy something he really wants, so he has been negotiating snow-shoveling prices with us. The other is a project on Rosa Parks. He has to read a book, answer some questions, and make a poster. He began reading last night before bed and woke this morning full of thoughts and questions.

We showed him an interview of Ms. Parks describing her brave actions, her arrest, and the Montgomery Bus Boycott. We tried to explain that it was part of something bigger, that people made huge sacrifices in the name of justice, and that the community came together to take a stand against unjust laws.

I explain to him that Ms. Parks' way of protesting was non-violent. She didn’t hurt anyone. She was standing up for what she believed. “Yeah,” he says, shaking his head. “It was a BAD law. It was stupid.” Tim is passionate about this, which makes me proud.

Timmy was also curious about the Ku Klux Klan. It scared him, so he wanted more information. As my husband previewed videos to figure out what we could show him that would be informative but not too frightening, Timmy peppered me with questions. “Why would they take someone’s cross and burn it?”

“A cross is a powerful symbol,” I explained, “And it wasn’t a small cross. It was huge and on fire, and it was terrifying.” His eyes got wide. He is not used to encountering violence or hatred of this kind.

“Is the KKK around today? They’re not here, right?”

“No, honey, they’re not here.” You’re safe. That’s what he really wants to know.

His questions kept coming. I slowly realize that he thinks that racism only happens in the South. How do I explain the way racism takes place in other parts of the country? The conversation went on even as I was constructing an answer.

We remind him that we have a lot to be thankful for – a warm home, a loving family, nutritious food to eat, great schools and good friends. “To whom much is given, much is expected,” I say, “There are people who don’t have these things. We have a responsibility to care for one another.” He starts to zone out. He’s heard several versions of this speech before.

His mind is working quickly, though, and he zeroes back in: “If we lived back then, we’d be okay, because we’re White.”

My husband and I jump in. “Well, not really.”

And now we’re trying to explain White privilege. And how if some of us are oppressed, we all are. Not in those words, of course, but we try.

We end the conversation by showing him Martin Luther King’s “I Have a Dream” speech. He’s heard it before – we tried to watch parts of it with him a few years ago with little success. Today, he is captivated.

As the camera pans the thousands of people packed onto the National Mall, he asks, “Why are all the people standing? Do they ever sit?”

He nods. It makes sense to him.

It has been a while since I’ve listened to the whole speech. It begins this way:

In a sense we've come to our nation's capital to cash a check. When the architects of our republic wrote the magnificent words of the Constitution and the Declaration of Independence, they were signing a promissory note to which every American was to fall heir. This note was a promise that all men, yes, black men as well as white men, would be guaranteed the "unalienable Rights" of "Life, Liberty and the pursuit of Happiness." It is obvious today that America has defaulted on this promissory note, insofar as her citizens of color are concerned. Instead of honoring this sacred obligation, America has given the Negro people a bad check, a check which has come back marked "insufficient funds."

We are still in default. It is a more subtle debt, perhaps, but no less devastating. No lunch counters to desegregate, no buses to boycott. Timmy doesn’t know about the riots in Ferguson, Missouri. He doesn’t know about Eric Garner. He doesn’t know that a few weeks ago, protesters stopped traffic into Boston by chaining themselves to barrels of concrete as a way to make a statement about racial injustice.

Of course, we don’t come to understand injustice overnight. I know that. I’m sure I had questions when I was younger. My parents insisted that my brothers and I watch Mississippi Burning. I remember curling up with my mother to watch I’ll Fly Away, a short-lived but critically acclaimed television series about Civil Rights issues. Our early morning conversation with Timmy is just the beginning of an ongoing one that will, I hope, help him develop his own sense of compassion, justice, and a call to alleviate suffering.

He will keep asking questions. So will I. My deep hope is that we find answers. Quickly. The next generation is growing up fast and they deserve better. Maybe when Timmy has kids, he will say to them, “There was a time when Black men were beaten by police on the streets, when people of color had less access to quality health care and education. It’s not that way anymore. Ask your grandma about it.”

Can change happen that fast? 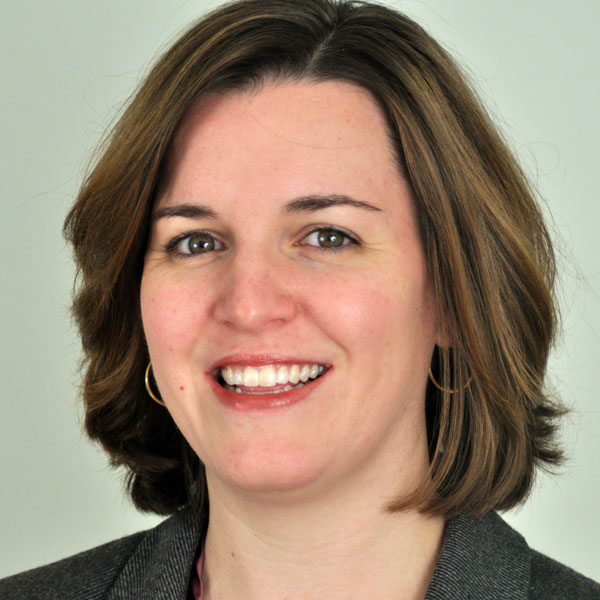 Katie Volk has been focusing on poverty and related issues since 2000. She is currently the Co-Principal Investigator on a Center for Social Innovation project to develop an online ecological risk and resilience assessment for young children in low-resource settings. Katie is the former Managing Director of t3 (think. teach. transform.) and has trained thousands of service providers in diverse settings, including the post-Katrina Gulf. Her primary areas of focus include homelessness, trauma-informed care, and child development.