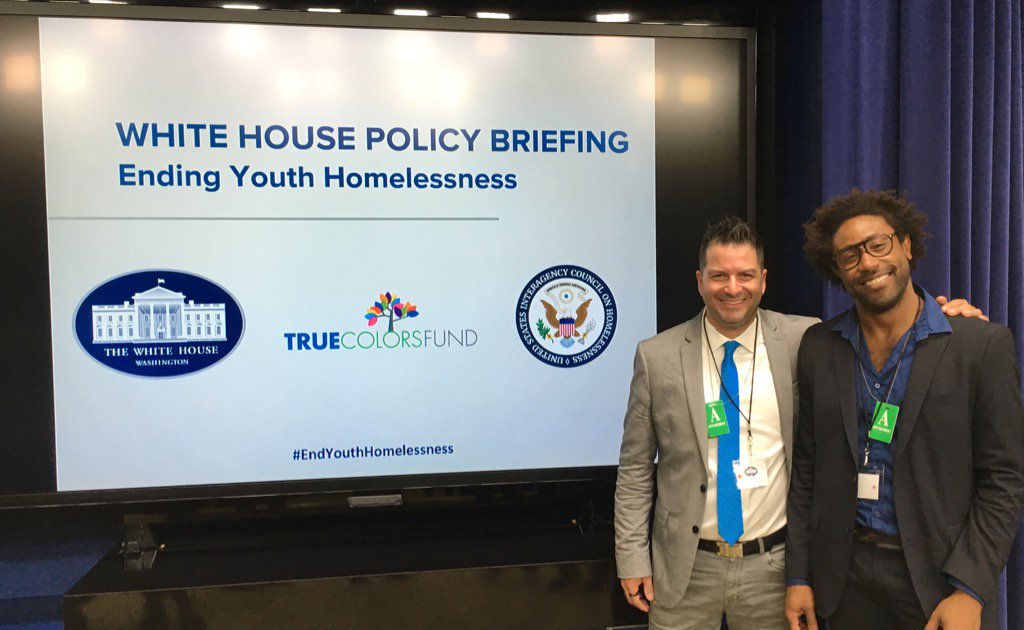 This post is taken from a transcript of comments by Jeff Olivet [JO] and Marc Dones [MD] at the White House Policy Briefing on Ending Youth Homelessness on June 3, 2016 sponsored by The White House, the U.S. Interagency Council on Homelessness, and True Colors Fund.

What we do not say often enough or loudly enough is that racism and homelessness are inextricably linked. Yes, racism. It is time to speak truth. It is time to call it what it is.

More than 40 percent of people using shelter in the U.S. each year are African American, nearly three times their portion of the general population. A 2011 study by George Carter from the Census Bureau found that even when controlling for poverty, African Americans were dramatically more likely than Whites to become homeless, and there is some evidence that they stay homeless longer. It is more than a coincidence that Black children under 5 years old are 29 times more likely than their White counterparts to end up in the shelters of New York and Philadelphia—data reported by Culhane and Metraux. The only other racial group that comes close to these rates of homelessness is Native Americans. Again, no accident. (Read more of Jeff's thoughts on the link between racism and homelessness.)

Let’s look at youth homelessness and the intersection with racism. While it is difficult to pin down exactly how many youth of color experience homelessness in the U.S. each year, the picture will become clearer in the coming months thanks to the work of many in this room. What we do know is that young people are impacted by many of the same forces that drive high rates of homelessness among people of color experiencing individual and family homelessness—discrimination in housing and jobs…separate and unequal educational opportunities…mass incarceration of men and boys of color…

Compound that with outrageously high rates of involvement in child welfare, foster care, and juvenile justice, we can only expect high rates of African American youth homelessness. This is a frustratingly persistent cycle.

The results we see with our own eyes are the results our systems have been designed to produce. We have only to open our eyes, then use our power to act.

[MD]: Thank you for having us today. As Jeff pointed out, there is a deep and abiding problem inside the picture of American homelessness that unequivocally points towards our racialized and racist policy history. For the adult population, the systematic exclusion of people of color, and specifically black people, from the housing market via redlining and housing covenants functionally meant that black people were largely excluded from home ownership until roughly 1970 after the passing and partial implementation of the Fair Housing Act.

For young people, what we must discuss is how those entrenched systems of disenfranchisement did not disappear; they merely migrated into other sectors. What we now see is the disproportionate representation of people of color across all systems, beginning at a young age with child welfare and juvenile justice. The U.S. Department of Health and Human Services (HHS) has consistently reported that the rates of black youth in foster care are roughly twice what they are in the general population. In 2012, Black youth comprised nearly 17 percent of the U.S. population of youth up to age 18. However, in 2011, according to the Ohio Juvenile Justice Association, Black youth made up 34 percent of youth involved in juvenile justice systems for delinquency offenses.

These same systems also see significantly higher than average interaction with lesbian, gay, bisexual, transgender, and questioning (LGBTQ) youth. For example, in Los Angeles County, home to the nation’s largest population of foster youth, the Williams Institute finds that nearly 1 out of 5 (19 percent) foster youth identify as LGBTQ. The finding is twice the estimated percentage of youth not in foster care who are LGBTQ. About 8 percent of all youth and 20 percent of detained youth identify as lesbian, gay, bisexual, transgender, questioning, and gender non-conforming according to the Juvenile Detention Alternatives Initiative. LGBTQ youth are twice as likely than their straight peers to be removed from their homes and be detained for status offenses, like running away from home or for skipping school. What I would submit to you here today is that these are not different young people or young people we have not encountered before—rather they are the same young people being counted in different ways.

This is critical for us to understand because these systems are significant pipelines for what ultimately becomes the total population of youth experiencing homelessness in America. Between 11 and 37 percent of youth aging out of foster care experience homelessness after they transition. And, a 2014 report by the U.S. Department of Housing and Urban Development estimates an additional 25 to 50 percent are unstably housed after transition. In fact, one study by Gary Mallon concluded that as many 56 percent of LGBTQ youth engaged in child welfare spent at least sometime homeless because they felt safer on the streets than they did in their foster or group home.

This must strike us as unacceptable. For programs and households that receive state and federal dollars to be actively generating environments so distressing to young people that they would rather stay on the street is an intolerable reality. Again, as Jeff pointed out, these results can no longer be said to be the accidental byproduct of our systems. We must acknowledge that these are our systems. As such, it becomes our responsibility to actively seek out and aggressively implement the changes necessary to eliminate these inequities. This is the work of ending systemic racism in America. It is work we must do.

[JO] We leave you with these specific recommendations:

[JO] Thank you all for your great work, and thank you for your courage in integrating consciousness of institutional racism into the conversation today and into our collective work going forward.

Hear more from Jeff & Marc on the intersection between racism and homelessness by listening to "Racism & Homelessness," a t3 podcast: 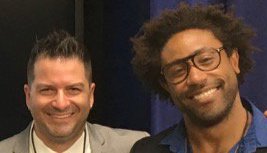 Jeff Olivet is the CEO at the Center for Social Innovation (C4). Marc Dones is C4's Associate Director of Equity Initiatives. They lead the SPARC (Supporting Partnerships for Anti-Racist Communities ) initiative.