What Kind of Cities Do We Want?

Steven Samra’s report on the impact of gentrification on homeless and unstably housed people in Nashville is echoed by stories from cities across the world. The decision by the owner to sell the James Roberson apartment building, a 124 unit, Section 8 eligible residence in downtown Nashville, is a symptom of pervasive forces re-shaping urban environments. If we wish to respond meaningfully to these changes it is important to acknowledge that the shape of our cities, like any other human endeavor, is guided by a series of intentional practices. These practices are made. However, if we act, they can be unmade and different practices installed. The question is, what kind of city do we want?

Jane Jacobs, one of America’s greatest urbanists, proposes as the “first fundamental of successful city life [that] people must take a modicum of public responsibility for each other even if they have no ties to each other.” Caring for others is at the heart of the values many of us espouse, but the benefits of contemporary urban life are not distributed according to this ethic. Rather, the flow of resources is governed by increasingly unequal patterns of distribution. Cities are producing unprecedented income level for the wealthy while increasing numbers of people are experiencing poverty and housing instability. From Miami to Mumbai and Sao Paulo to Johannesburg, these practices of inequality are literally being set in stone.

In New York City, where I live, the second tallest building is now the recently completed tower at 432 Park Avenue, a collection of hyper-luxurious condominiums that each cost in the tens of millions of dollars. At 1,398 feet, this tower rivals the height of the new World Trade Center, which must rely on its antenna to extend from an initial height of 1,368 feet to its symbolic official height of 1,776 feet. In the shadow of these two towers, one a monument to nationalism and the other a beacon of privilege, the residents of New York are experiencing a rapid loss of the public responsibility Jane Jacobs identifies as a “first fundamental.”

New York City is now facing levels of homelessness not seen since the Great Depression. Lack of affordable housing is the primary cause of homelessness, particularly for families, which comprise nearly four-fifths of the city’s shelter population.

Last year, Thomas DiNapoli, the New York State Comptroller, issued a sobering report on housing affordability in New York State. As of 2012, more than 3 million households in New York State paid housing costs that were at or above the affordability threshold of 30 percent of household income. Some 928,000 rental households, or 27.9 percent of the statewide total, were in the “severely cost-burdened” group, which pays more than half of their income on housing--.an increase of nearly 30 percent from 2000.

The DiNapoli report notes that the highest proportion of “severely cost-burdened” households was in Bronx County, at 57.6%. New York County (Manhattan), just across the East River, ranked in the bottom third among counties with the lowest proportion of such renters in the State. These two counties are just a few subway stops apart but are separated by a vast wealth gap, with parts of the Bronx included in the nation’s poorest congressional district and parts of Manhattan contributing to the wealthiest. DiNapoli registers this disparity politely by noting that, “Manhattan has high housing costs but also comparatively high incomes.” The New York Times, on the other hand, describes New York as an “island of extremes” and quotes David R. Jones, president of the Community Service Society, as saying that “the escalation in rents is driving people to the wall.”

Both the New York Times and DiNapoli link the economic fundamentals of housing to income inequality. According to the Times, the trend is that wealth is increasing rapidly for the top 5% of New Yorkers, while the working class and the poor are losing wages. DiNapoli notes that, between 2000 and 2012, median household income for homeowners declined by 1.6% and by 7.1% for renters. Median housing costs, on the other hand, increased over this period by 18.6% for rental households and 9.9% for owner households. The fact is that housing insecurity and homelessness is a symptom of fundamental economic structures that are increasing housing costs and diminishing earnings. Any meaningful response to spiraling housing costs and increasing homeless populations is going to require a different economic system.

What is to be done? You may have heard that in New York City we have a “progressive” mayor, Bill de Blasio, who has described the increasing inequality in New York City as a “tale of two cities.” De Blasio has inherited a wretched public housing problem, the result of neglect on the part of multiple city administrations. It will cost an estimated $25 billion over the next 15 years to maintain its housing stock in a state of good repair. Federal annual capital grants that were supposed to cover the vast majority of available funding, declined by 36% from 2001 to 2012, from $420 million to $270 million. This amounts to a cumulative annual federal capital grant funding loss of $876 million since 2001. Public housing buildings, just two blocks from where I live in Harlem, are in such disrepair that residents have been removed from the top floors because of leaks in the roof. With a waiting list of 250,000, the last thing we need is further reductions in public housing availability.

I have been very curious to see how the de Blasio administration will move forward. Will we see business as usual or will the way forward reflect Jane Jacobs' first fundamental of successful city life? One recent plan is to offer 99-year leases to parcels of public housing land (including a number of community gardens) on which private developers can build commercial and mixed-income developments. The rationale is that this will generate income to pay for repairs to existing building while adding new amenities and housing. The opposition has been intense; Roseanne Haggerty observed in a blog for Shelterforce Magazine that:

The principal model we have of addressing the financial, physical and social challenges of public housing in this country is the one where the tenants are required to leave, the buildings are demolished, and new, mixed-income developments appear in their place…. Where can tenants be shown examples of public housing transformation that did not involve displacement of tenants or demolition of buildings? Where are the models that feature thoughtful retrofitting of existing buildings to fix longstanding problems and make them safer and more attractive for current residents; sensitive re-planning of public housing superblocks to re-integrate them into surrounding neighborhoods; or new infill housing, retail and community facilities mixed and usable, well-maintained open space that improves the quality of their lives too. Where is the evidence that the original tenants were able to stay and benefit without significant rent increases? New York City may have to invent this alternative model.

Indeed. Further, why believe that the private sector will address the needs of poor people when privatization of schools, hospitals, prisons, and public space, has only lead to greater fragmentation and inequality? Surely, the notion that capitalism is the solution to oppression must at some point be revealed as an ideological fallacy? Choice, in the form of vouchers, has not solved the housing problem. Sure, they provide temporary relief but are constantly vulnerable to the volatility of so called “free market” speculation as demonstrated by the situation in Nashville described by Steven Samra. Section 8 vouchers expire because there are no vacant apartments in buildings owned by landlords willing to accept the vouchers. Also, these vouchers are another mechanism by which to transfer public funds into private hands, a portion of which will then end up in the reelection coffers of public officials. This same transfer of public wealth is at play in the public-private partnerships that have almost entirely replaced classic publically funded public housing. These developments have been a boon to gentrification and have not solved the affordable housing shortage. Affordable housing set-asides in new developments are great for the small percentage who qualify and are able to access these units. In the past year the class violence underlying this program surfaced when wealthy tenants in new buildings came out in support of “poor doors,” separate entrances for the tenants in subsidized apartments.

Meanwhile, meaningful alternatives do exist and come from the affected communities. Picture the Homeless was formed in 1999 by homeless individuals in response to the Guiliani administration’s criminalizing of homelessness. Since 2004, the group has investigated how Community Land Trusts can solve the lack of permanent, affordable housing for extremely poor people. The first community land trust was established in rural Georgia in 1968 and then spread across the country. Basically, the community land trust owns land that it leases for affordable housing. The overriding requirement is that the housing be permanently affordable. The land can never be traded or sold to the highest bidder on the private market, thereby removing any threat of speculation. The Picture the Homeless survey of New York City identified thousands of vacant and warehoused properties in the city that could be converted to this model and offer a viable alternative to the trickle-down luxury developments that are claiming working class neighborhoods.

[pullquote] Meanwhile, meaningful alternatives do exist and come from the affected communities. [/pullquote]

We see similar, non-capitalist innovations taking root around the country and in cities across the globe. In Jackson, Mississippi, for example, the Malcolm X Grassroots Movement and the Jackson People’s Assembly, has initiated Jackson Rising, a process inspired by Fannie Lou Hamer and her work to build the Freedom Farm Cooperative. Work has begun on transforming the city of Jackson into a home for economic cooperatives that bring economic and political power into the control of the workers and the poor. This includes plans to develop truly affordable, cooperative housing held for the collective good rather than individual enrichment.

These initiatives are designed to address the multiple crises that fall under the umbrella of housing insecurity and homelessness. To address the housing crisis, it is imperative that we expand the discussion beyond economic scarcity in which it is generally discussed. What is really at stake as communities fragment? The life giving dimensions of urbanism require that we think of our cities as the materializing of community values and not simply ledger sheets of supply and demand. Building more units is not going to solve the problem of our cities over the long term. It is extremely important that housing be built when needed but this must be accompanied by the implementation of protections against the swirl of speculation or, another dirty trick, devaluation through neglect. Also, through their survey, Picture the Homeless has demonstrated how balance sheets of vacant housing stock need more options than simply building more vacant luxury apartments. As Steven Samra notes, the task is to build truly living, integrated cities in which buildings— like the James Robertson in Nashville—are not just understood as housing stock filled with consumers. The building is the foundation for creating the possibility of community living and the fulfillment of people’s needs, aspirations, and dreams. As Jane Jacobs noted many decades ago, “Cities have the capability of providing something for everybody, only because, and only when, they are created by everybody.”

What kind of city do you want?

Image by Anthony Quintano/ CC BY 2.0 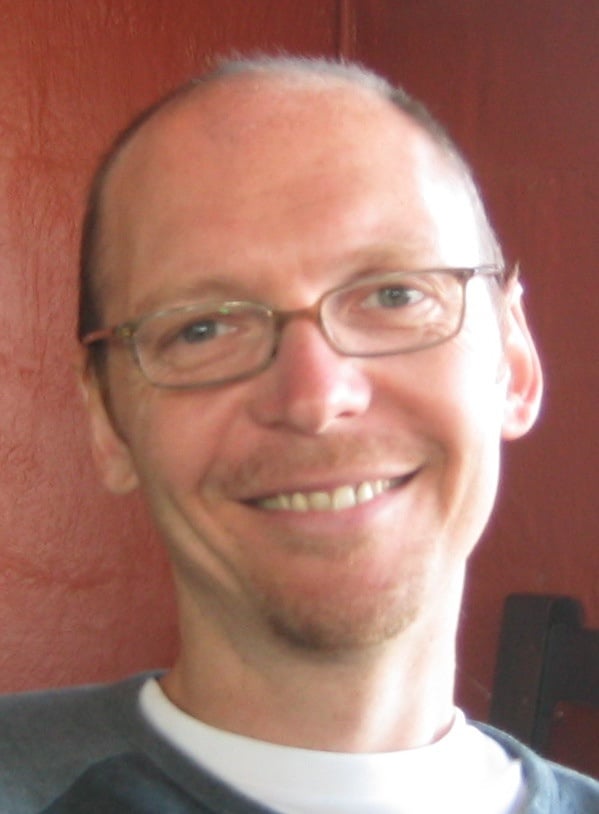 Robert is a t3 faculty member trained in cultural studies, medical anthropology, and art. His ethnographic research in the U.S. and South Africa has focused on the governmental and non-governmental substance abuse, mental health, and homeless service sectors with an emphasis on HIV/AIDS prevention, testing and treatment concerns, cultural competence strategies, and continuum-of-care and service integration systems. Robert also teaches at The New School in New York City.