After Orlando: Reflections on LGBTQ Solidarity 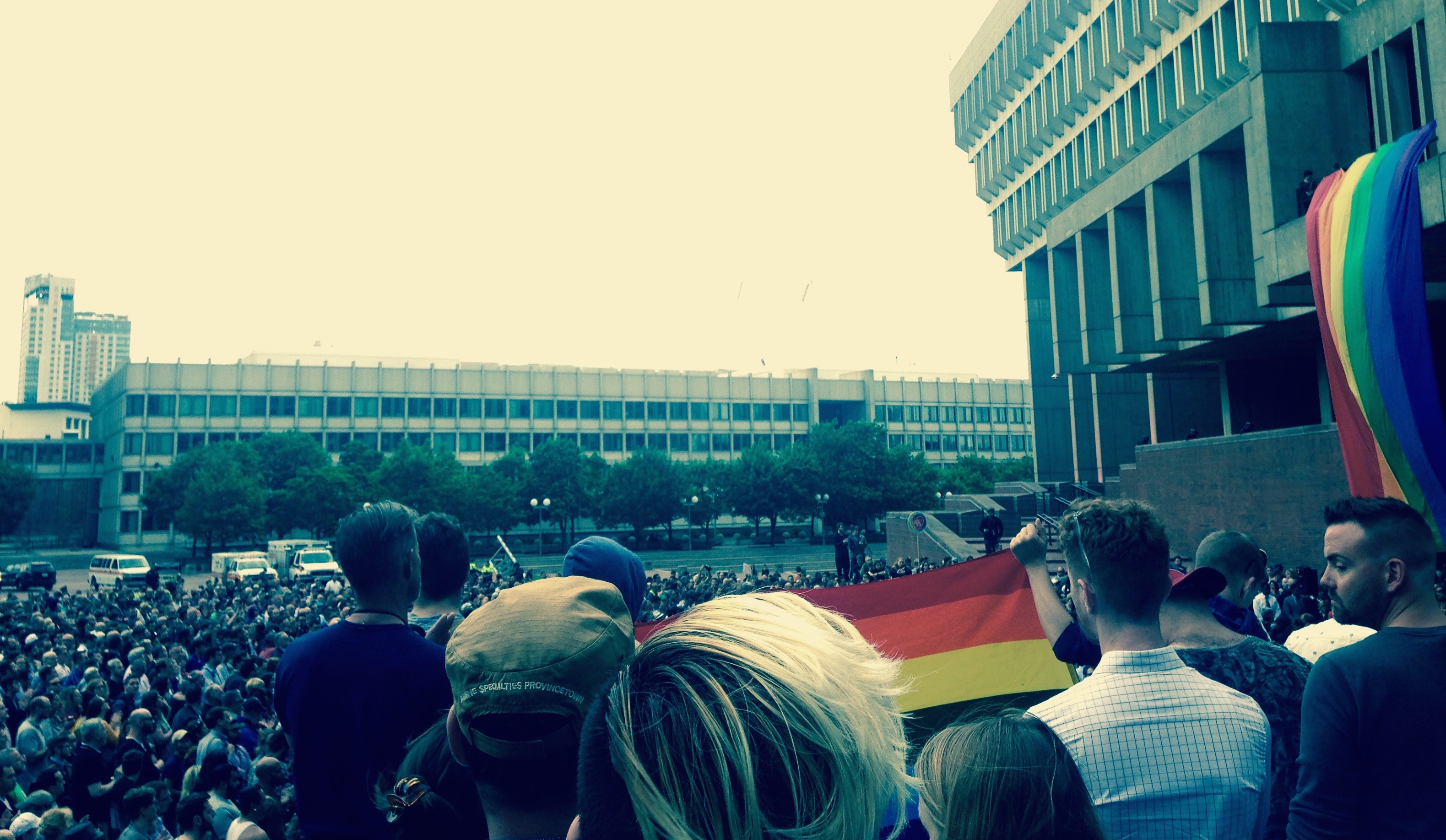 The Friday before Pulse Nightclub’s Latin Night was the target of the deadliest mass shooting in modern U.S. history (read Marc Dones' thoughts on the impact of the tragedy in Orlando), I was in Boston at Machine Nightclub’s Latin Night. At this local gay nightclub packed for Pride weekend, my friend and I danced, waited too long at the bar for overpriced drinks, cheered Latinx drag performers and gogo dancers, and left before the bar closed to get a good night’s sleep for the rest of the celebratory weekend.

The next morning, the Saturday morning before Pulse Nightclub’s Latin Night, I hurried to the Boston Pride float I was walking with and took in an unexpected sight. Of the more than 50 people already there, about three quarters were wearing sombreros, in assorted colors and patterns, ready to march to represent a prominent LGBTQ-focused organization that has no unique ties to the Latinx community.

I exchanged a few words with my friends about it. Did you know about this? Whose idea was this? Should we say something?

I’m proud to say that we voiced our concerns to the float organizers. Not without some confusion and pushback, the sombreros came off. We avoided a very clear appropriation of Mexican culture, one that many Latinx people consider offensive and speaks to countless other ways they’ve felt stereotyped, caricaturized, and marginalized for their race/ethnicity. Despite wind and rain, my friends and I went on to enjoy a fantastic Pride parade, and I felt like we had scored a “win” for anti-racism.

When I was younger, recently out, and figuring out how to affirm my identity, Pride was an important place to see what “my community” looked like, to learn about resources and events, and to express joy at who I was, which was a new experience. But, the most important thing I’ve learned since coming out wasn’t something that Pride taught me. It’s that the marginalization I have felt being a queer woman was rooted in a system of inequity in which I have also experienced considerable privilege.

As a White, able-bodied, middle class, cis-gender woman, I carry with me an extraordinary amount of privilege in a country that is supported by laws and policies enacted to protect people like me. I learned this through formal education, meeting gracious people willing to explain it to me, and deliberate observation and listening. And, my experiences feeling marginalized have helped--and continue to help--me in my learning.

The exclusion I felt when my sexuality was poorly represented in movies and television was only a fraction of what people of color experience when they are repeatedly underrepresented and stereotyped in the media. Worrying about whether laws would bar me from marrying the person I loved made me wonder what it would be like to worry about laws separating me from a loved, undocumented family member. The feeling of fear holding hands with a woman walking home late at night provides me with only a fleeting glimpse of the feeling a young Black man might feel in a similar circumstance.

Please understand that I’m not comparing these experiences. In a country built on racism, I believe that my White privilege has played a larger role in shaping my life than my queerness. Rather, to be an ally and act in solidarity with more marginalized groups, it’s okay to use your own experiences of oppression as a lens for empathy and motivation. Especially because the same systems of power that pass LGBTQ discrimination laws pass laws that protect guns and criminalize, deport, and murder people of color.

At last year’s Pride celebration in Boston, I looked on as a group of activists stalled the parade to read the names of trans women who had been murdered in 2015. I watched as people booed and then cheered as the police intervened. I recorded a video and tweeted it to help spread the sit-in’s message (read their statement here), but I could have done more to silence the negative reactions of other people in the crowd. While the most important thing I learned since coming out was that my fight for social justice and liberation could never be just for myself, but had to be for every marginalized group, I’m still learning how best to act in solidarity with other communities when I don’t have the same lived experience--how to stand with those fighting against their experiences of oppression including racism, ableism, classism, transphobia, Islamaphobia, xenophobia, and imperialism.

Each day is a new day of learning. If you think you’ve got it down, you’re wrong. If you think the message of LGBTQ solidarity put forth by majority-white, corporate Pride encompasses all LGBTQ people, you’re wrong. Yeah, I danced at a Latin Night in Boston this weekend, and if I had been in Orlando, could have been dancing at Pulse, but I would be wrong to say that I was with “my community.” I don’t know what it’s like to live in this country as a queer Latinx person or a queer person of color.* And, I don't know how Latinx victims of the Orlando massacre might have reacted if they had seen a Pride float of non-Latinx people wearing sombreros.

The LGBTQ Latinx community was violently targeted this weekend, and that part of this story can’t be ignored. It might feel like a leap to connect this tragedy with the small microaggression of sombreros topping the heads of Pride paraders that had no connection to Latinx organizations, but to me they are clearly connected. It speaks to the work LGBTQ people who identify with dominant groups, particularly White people and White cis men, must do to fight against misogyny, racism, and male-perpetrated violence. In this moment, solidarity includes a respect for the intersectional identities of the victims-- emphasizing that so many were not only LGBTQ, but LGBTQ and Latinx, Black, or both.

I also recognize that the backlash from this event will be violence of a different kind directed at people of color. I’m not Muslim or someone who looks Middle Eastern, and I will not be the target of reactionary violence. My religion won’t be blamed for homegrown American hate. Waking up to the news of the shooting and learning there would be additional police present at Sunday’s Pride event in my neighborhood might have made me and others who look like me feel more safe, but for many, this made the event feel much more dangerous.

If I ever die from being queer know that my White, cis privilege saved me one hundred other times. We can't afford to wait for the times that our privilege doesn't protect us to engage in the fight against violence and hate.

For all to survive, we can't afford to collude with our own marginalization or oppression by being silent. It is precisely our experience at the margins that is needed to inform and shape decisions. So, in addition to keeping ourselves in check regarding whatever ways we possess privilege, it is vital that we stop constraining ourselves—despite the fierceness of the force and fear that push on us in the particular ways that relate to how we have experienced being an “outsider.” We have to take the risk of putting our experience into the center (Tools for Change).

Fellow White, queer people: It might not hurt like this next time people are killed beyond our border, at the Border, or at the hands of police, so remember this feeling and know that these emotions are being felt by others, each and every time.

If my experience resonates with you at all, if this weekend’s events hurt and hit close, please take the risk and turn your anger and grief into a commitment to stronger solidarity and a commitment to take action.

*Other people do though. Check out these moving reads from Latinx authors commenting on the importance of Latin Night at the queer club: here and here. Read Marc Dones' thoughts on the impact of the tragedy in Orlando.

To donate to the families of victims of the Orlando Massacre, go here.

Looking for speakers to talk at an event related to the Pulse shooting? Consider a person from the LGBTQ Latinx community or the LGBTQ Muslim community.

Read Allison Rich's thoughts on how to ally with the LGBTQ community during Pride Month and beyond.

Photo courtesy of Molly Richard, taken at City Hall Plaza during the Boston Vigil for Orlando Victims on June 13, 2016. 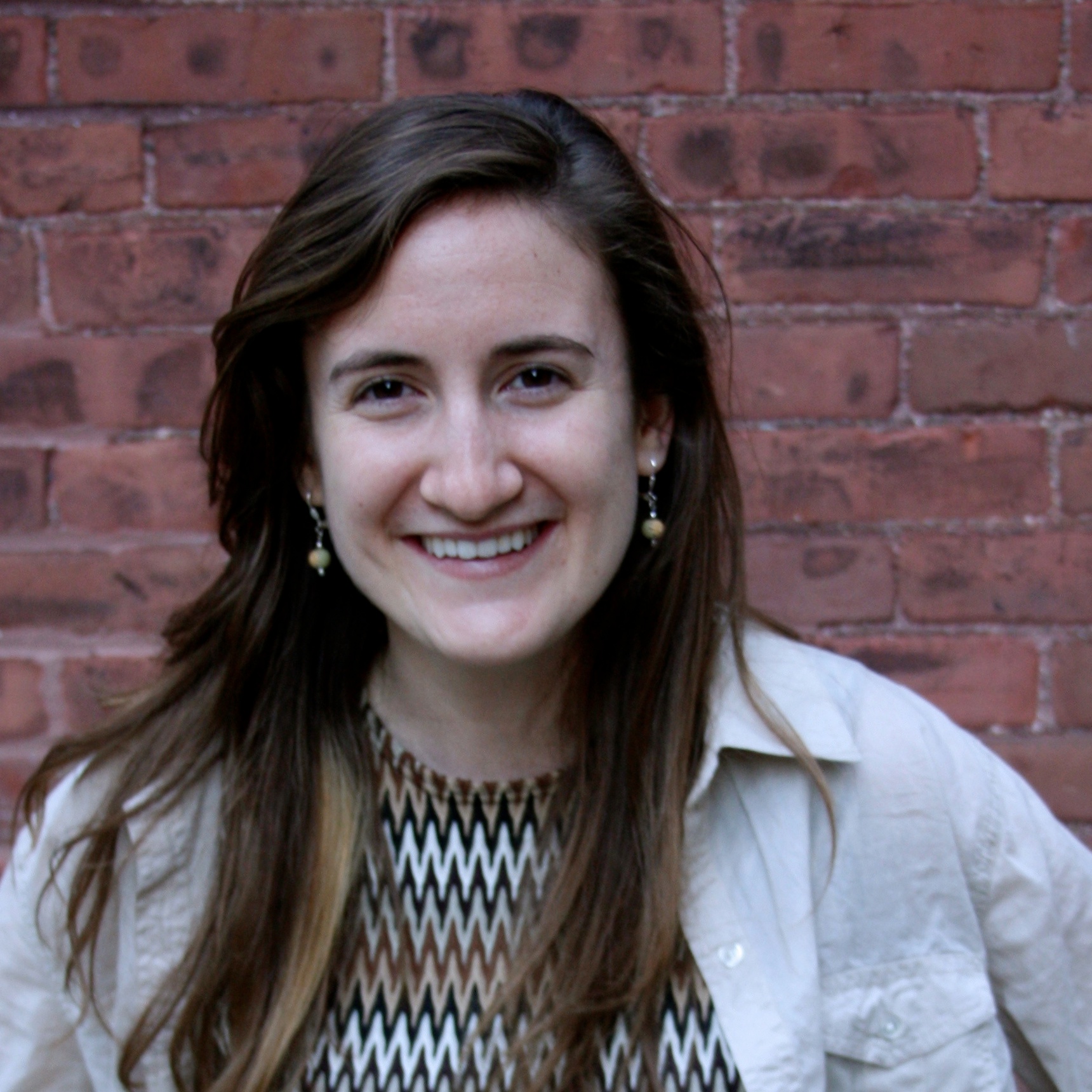 Molly is an Analyst for C4's Research Team. Before joining C4, she was a residential counselor at a program for youth who had experienced complex trauma. She is driven by a passion for equity and an interest in the role of innovative and participatory research in supporting social change.